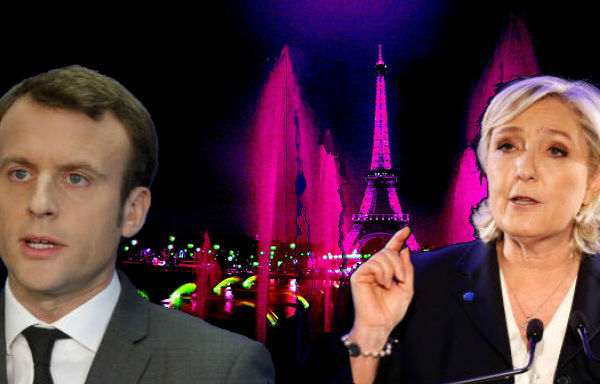 Robert Stark and co-host Pilleater talk to Anatoly Karlin and Guillaume Durocher about the French Election. Anatoly blogs for The Unz Review and is on the Russian language podcast rogpr.  Guillaume has written for Counter-Currents Publishing, Radix Journal, The Occidental Observer, and American Renaissance.

The final election round between Marine Le Pen and Emmanuel Macron
The French Elections 2017 (Round One)
The original candidates; Left Wing Populist Jean-Luc Mélenchon, Globalist Centrist Emmanuel Macron, Mainstream Conservative François Fillon, and Nationalist Populist Marine Le Pen
The demographic and regional support for the candidates
Whether Le Pen can appeal to the Conservative Fillon and Socialist Mélenchon supporters
How Macron epitomizes the worst of the establishment while Fillon and Mélenchon hold some anti-establishment positions
Macron’s work for the Rothschild Bank, his Bilderberg attendance, and Neoliberal agenda
Mélenchon, his refusal to back Macron, how he is better on immigration then Macron, and his support for a basic income
Fillon, his endorsement of Macron while adopting some of Le Pen’s immigration stances
In contrast with Macron, Mélenchon and Fillon like Le Pen were more pro-Russia and non-interventionist
The ideology and agenda of Le Pen’s Front National
Comparisons to Donald Trump and how unlike Trump Le Pen has a consistent ideology
The misnomer that Le Pen is far right and her adoption of left leaning stances on issues such as economics, gay rights, and the environment
Conservative politician Nicolas Dupont-Aignan backing Le Pen
Alain Soral and his advocacy of a left-right alliance
Éric Zemmour
The French Blackpill, Quantified
Michel Houellebecq’s Submission
Demographic Trends and future scenarios for France and Europe