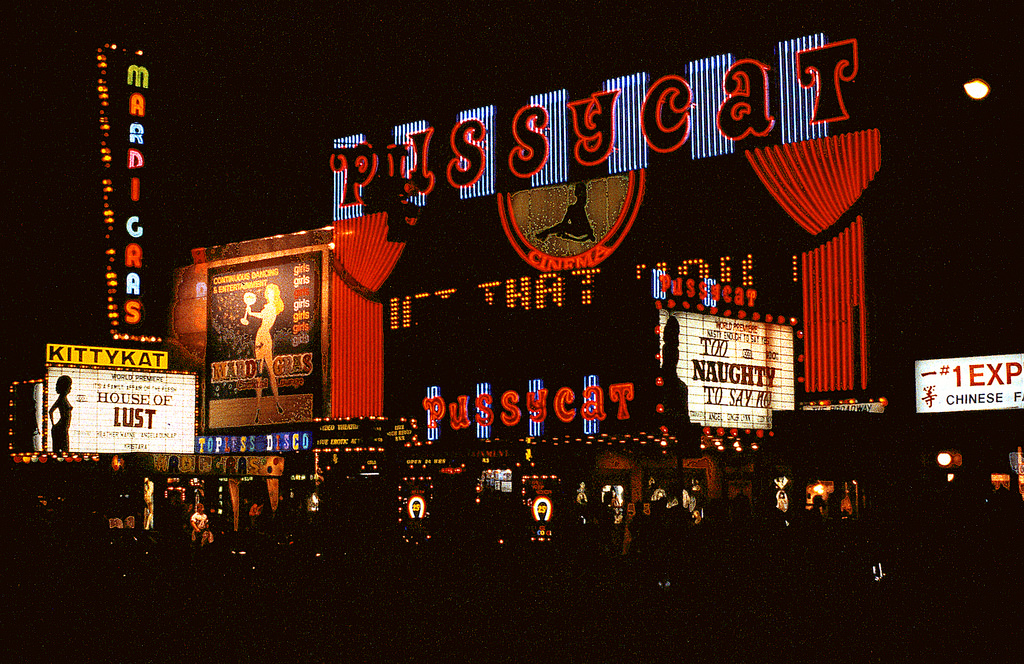 HBO’s “The Deuce” Resurrects Gritty Times Square
NYC Film Locations for The Deuce about Gritty 1970’s Time Square on HBO
Robert Brenner’s upcoming tour on October 22nd which will incorporate locations from HBO’s “The Deuce”
How the locations for the show have been re-created from scratch in Washington Heights
42nd Street which was once known as “The Deuce” and was a hub for adult venues
Remaining adult venues on 8th Avenue including Show World and The Playpen
Theatres retrofitted into Broadway venues including the The Victory, The Empire, The Lyric, and The New Amsterdam
The Condor and Big Al’s being retrofitted from adult venues in San Francisco
Defunct theatres including The Pussycat Cinema, The World Theatre, The Rialto, and The Apollo
Adult Films Beyond the Green Door and Deep Throat
The history of Broadway