Robert Stark co-host and Pilleater interview Jason Reza Jorjani, PhD. Jason Reza Jorgani is an Iranian-American and native New Yorker of Persian and northern European descent. After receiving his BA and MA at New York University, he completed his doctorate in Philosophy at the State University of New York at Stony Brook. Dr. Jorjani currently teaches courses on Science, Technology, and Society (STS) and the history of Iran at the New Jersey Institute of Technology. He is the author of the book Prometheus and Atlas .

The Indo-European heritage of pre-Islamic Iran, contributions to science and culture, and how Iran was one of the most free and tolerant of the Ancient Civilizations
Zoroastrian Priest Mazdak who redistributed the wealth and broke up the Harems during the Sasanian era, and how his legacy has been co-opted by the left
The cultural and genetic impact of the Arab, Turkish, and Mongol invasions of Iran
How Pre-Islamic Iranian Culture was the basis for the Islamic Golden Age
Rumi Was White, Sufism as a cryptic religion based on pre-Islamic Iranian values
The Pahlavi dynasty, the misconception that the Pahlavi’s were Neoliberals, but were closer to National Socialist Economics, and how the original Shah Rezā Shāh instituted land reform
The culture of Iran under the Pahlavi Dynasty as a revival Pre-Islamic Iranian culture, while emulating the best aspects of the west
Mohammad Mosaddegh and Oil Nationalization
The Iranian Renaissance Movement, an organization dedicated to bringing about a cultural revolution in Greater Iran on the basis of the pre-Islamic Persian heritage and Indo-European values
The original Arab Shia Islam of Ali vs. the Shia Islam that functioned as a cryptic religion maintaining Iran’s identity
The rejection of the Islamic Regime by the Iranian Youth, and why Jason does not see Islam as having a future in Iran
Those who want an opposition movement in Iran based on Neo-liberal “MTV” values
Parallels between the Islamic conquest of Iran and mass migrations into Europe, and the importance of an alliance between Iranian and European Nationalist
Jason’s speech at NPI where he criticized those on the dissident right who are sympathetic to Islam
Jason’s response to the argument that Shia Islam serves as a counter balance to Saudi Arabia and radical Sunni Islam
The Iranian Renaissance’s vision of a Greater Iran, including Afghanistan, as well as parts of Pakistan, Iraq, Syria, Turkey, and Central Asia
The Syrian civil war, and Syria as the historic crossroads between Greco-Roman and Iranian cultures
Other Iranian peoples including the Kurds and Yazidis
Trump’s Muslim ban, the exception for Saudi Arabia, and Jason’s point that the ban on Iran will force dissidents to fight for change within Iran rather than escaping to the West
The Iranian diaspora , Tehrangeles, Iranian American support for Trump, and Iranian Jews
Jason’s book Prometheus and Atlas which was published by Arktos
The Prometheus and Atlas Sculpture at the Rockefeller Center, which is a magnificent pagan temple in the heart of rootless neoliberal New York City
Martin Heidegger and his view that thinking is based on a sense of place
The Archeo-Futurist aesthetic to Trump Tower, and similarities to Ancient Structures such as Tiwanaku in Bolivia, the Babylonian Ziggurat, and the Sphinx in Egypt
The segment in the book Prometheus and Atlas on Anime, the film Akira, Neon Genesis Evangelion, Japan’s reaction to modernity, and Heidegger’s influence on Japan
Jason’s new website AltRight.com

“Russian Warplane Down: NATO’s Act of War,” by Tony Cartalucci
“Russia ‘Violated’ Turkish Airspace Because Turkey “Moved” Its Border,” By Syrian Free Press
How Turkey has violated Greek Airspace 2,244 times
“Turkey Did Not Act on Its Own. Was Washington Complicit in Downing Russia’s Aircraft?” by Stephen Lendman
“Do We Really Want a ‘Pre-emptive’ World War with Russia? by F. William Engdahl
The History of conflict between Russia and Turkey
“The Dirty War on Syria: The Basics,” by Prof. Tim Anderson
US Endgame in Syria
“Understanding ISIS
The Saudi War in Yemen
One of the Biggest Lies Ever Told: Hezbollah Blew Up the Marine Base in Lebanon in 1983, Killing Over 300 US Marines
How Islamic imperialism is driven primarily by Saudi, Gulf State, and Turkish influence and how Iran, Syria, and Hezbollah serve as a counterbalance
In the Belly of the Beast of the Deep State: A Look at the Council on Foreign Relations (CFR)
Why Robert Lindsay think’s Donald Trump has fascist aspects but is still better than the establishment canddiates
Sokal on the Cultural Left and  deconstructionalism
Robert Lindsay’s thoughts on Robert Stark’s recent interview with Matt Forney and why he disagrees with Matt that the Left destroyed cities
Robert Lindsay’s thoughts on Robert Stark recent interview with Charles Lincoln about Cities and why he disagrees with Charles that single family homes are the ideal and that density is inherently bad 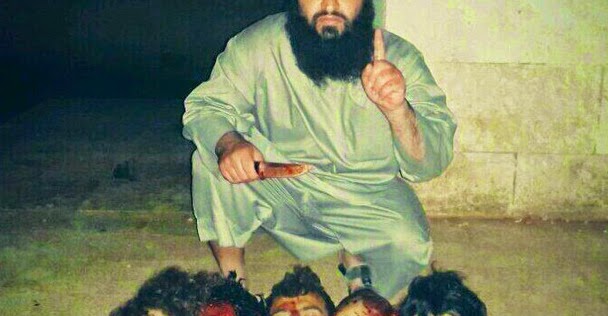 Colin Liddell is co-editor of the Alternative Right.

The Secular Baathist Parties in Iraq and Syria

How the Cold War impacted the Middle East

Whether ISIS posses a threat to Israel and the Gulf States