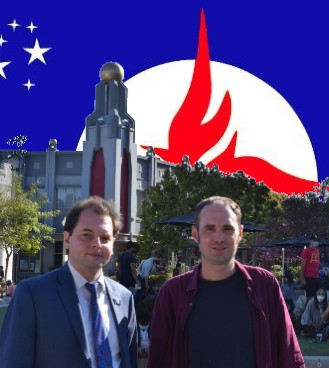 Robert Stark and Francis Nally talk to Jason Reza Jorjani about his essay Towards a Prometheist Platform and the philosophical foundation of Prometheism. Jason Reza Jorjani, PhD is an Iranian-American philosopher, lifelong native New Yorker, and author of numerous books including Prometheism and Prometheus and Atlas, and has an upcoming book out on UFO close encounters. Also check out the recent Stark Truth TV Interview with Jason Reza Jorjani and Jason’s Twitter and Patreon.

Revisiting the Promethean Archetype
Jason’s critique of Romain d’Aspremont’s The Promethean Right
The Promethean take on the prerequisite for free will, infinite creativity, consciousness, and the cosmos
The philosophical basis for science, technology, and the aesthetic arts
The philosophical and political symbolism in architecture
How Prometheism is beyond the left-right-center spectrum with the objective of overcoming the limitations of established social orders
The Task of a Philosopher as revealing the secrets of the universe and the rejection of perennial wisdom
Why Jason is focusing Prometheism on an elite audience (eg. Plato’s guardians as the Promethean class) and why he rejects populism in all forms