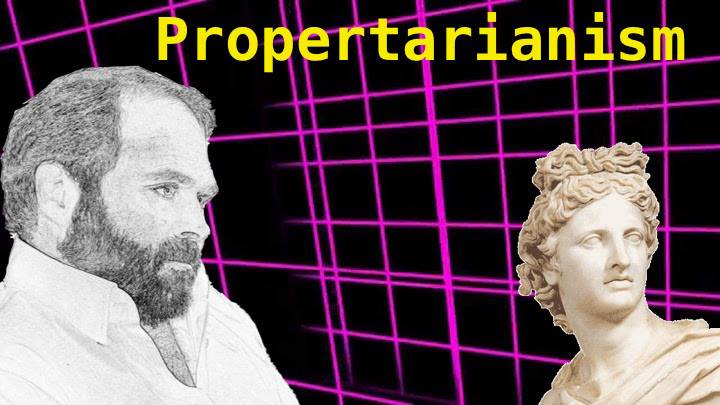 Robert Stark and co-host Pilleater interview entrepreneur, philosopher, and author Curt Doolittle. He is a proponent of the Philosophy of Propertarianism, and his writings can be found at propertarianism.com

Propertarianism as a new ideogology and an evolution of Empiricism
Propertarianism as a way to explain one’s ideology using the scientific method
How Propertarianism is more analytical than moralistic
How Propertarianism differs from Rationalism, and Curt’s point that Rationalism appeals primarily to internal consistency rather than external evidence and Empiricism
The Anglo roots of Propertarianism, Brittish Common Law, and rejecting conflation
How Propertarianism takes into account individualism vs. collectivism, and how those positions relate to group reproductive strategies
Chinese Philosophy based on deceipt, ‎Sun Tzu‘s The Art of War, The Culture of War: Martin van Creveld
The flaws of Libertarianism, Liberal Democracy, Communism, and Fascism
The flaw in begging for liberty, rather than protecting one’s sovereignty
The domestication of man
Curt’s point that mass executions in Europe and East Asia led to more docile populations
Economic Policies, Debt Repudiation, Seizing the Wealth of Parasitic Elites who brake their contract of Sovereignty
Testimonialism, and the legal foundation of proving what is wrong over justifying what is right
Environmentalism; Curt’s point that you cannot own property unless other people protect it for you, therefore one does not have a right to abuse natural resources
The importance of having a high trust society
The convergence of Nassim Taleb empirically, Curt Doolitle institutionally, and Jordan Peterson in literature
Explaining Propertarianism in laymen’s terms