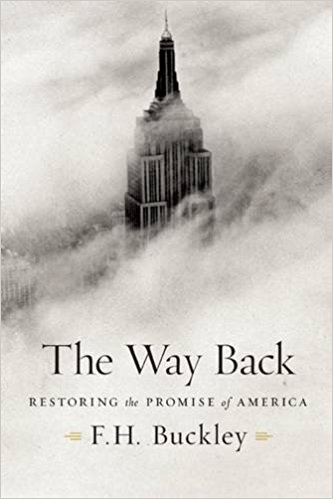 Robert Stark, co-host Pilleater, and Jeff Crow talk to Frank H. Buckley. He is a Foundation Professor at George Mason University School of Law and former speech writer for Donald Trump Jr. The show is simulcasted on Central Valley Spotlight hosted by Jeff Crow on AM1680 KGED in Fresno, CA.

Frank’s book The Way Back: Restoring the Promise of America
How the book was written in response to Mitt Romney’s and the GOP’s failure to win over working class voters in 2012
Trump’s success in winning over those voters in the election and pressure from the GOP donor class to abandon economic populism
Growing Inequality, the importance of economic mobility, and how the US lags behind the rest of the developed world
Why Trump should embrace single-payer health care
How most prosperous countries have some degree of single payer and Frank’s observations about his home country Canada’s healthcare system
Jeff Crow’s simulcast starts at 19:30
Frank’s work as a speech writer for Donald Trump and his kids
The role of immigration in income inequality and Frank’s support for a Canadian style merit based system
The decline in K-12 education and importance of school choice
The college scam: how Boomers betrayed Millennials