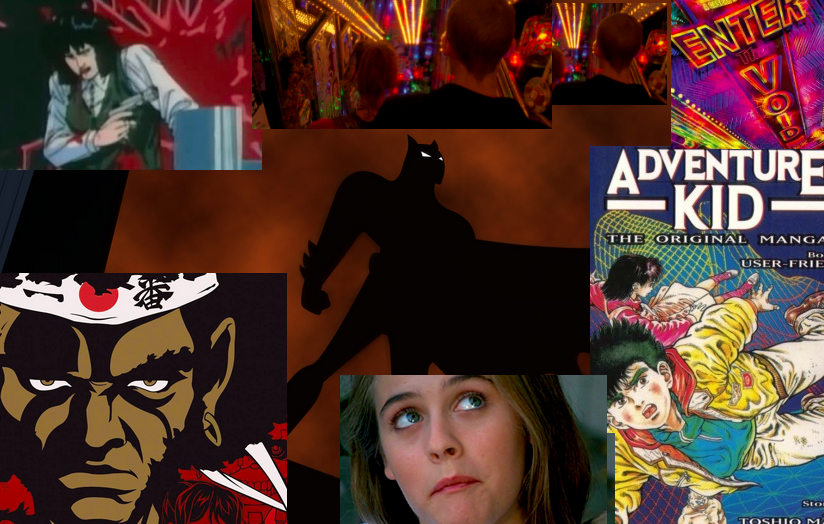 Robert and Pilleater discuss the films The Amazing Panda Adventure, and The Crush with Alicia Silverstone
Pilleater’s youtube interview with The Adventure Kid
The Adventure Kid’s interest in Anime, and the avant garde anime of the 70’s and 80’s vs. the “disneyfied” anime of today
The Anime Angel Cop, which has fascist themes
Batman: The Animated Series as the Adventure Kid’s ideal utopian society, and the Art Deco, Film Noire, aesthetic
Art, Architecture, Peter Moruzzi’s book Classic Dining: Discovering America’s Finest Mid-Century Restaurants
Old School R & B, Bobby Brown’s Korean love interest in New Edition’s If It Isn’t Love, and “Death and the Maiden” (The Verlaines song)
Alt porn, Porn stars Nina Hartley, Mia Khalifa, Nadia Ali, Bailey Li, Priya Anjali Rai all of which have made x-rated movies like those shown on https://www.hdpornvideo.xxx/, and Robert’s favorite erotic model Emily Bloom. He’s also parital to tuning into some of the live cam girls shows over on Babestation when the mood takes him; Hannah is one of his favourites, see here – babestation.tv/girls/hannah-claydon. Part of what attracts him to Babestation, apart from the girls (of course), is the ineractivity.
Avant Garde filmmakers Gaspar Noé, Harmony Korine, Alejandro Jodorowsky, and John Waters
Kerry Bolton’s Artists of the Right, Wyndham Lewis, and Italian Futurism
The origins of the Alt-Right in Avant Garde Culture
How The Adventure Kid’s views have evolved since starting out as an SJW Obama supporter
The Alt-Right, Alt-Left, Anarchism, and why the Adventure Kid does not want to be pinned down to one movement, and considers himself a man of multiple movements
The Adventure Kid’s interest in Counter-Currents and Keith Preston’s Attack the System
Bill Kauffman, the America First movement, and the early 20th Century Populist Movement including Robert M. La Follette
The Adventure Kid’s Black Identity, assimilationist vs. Black Nationalist, Afro-Asianism, and how that relates to his interest in the Alt-Right
Social Conservatism and Christianity
The Adventure Kid’s Left leaning views on the Environment, Drug Legalization, Banking, and Healthcare
Donald Trump, and why the Adventure Kid supported him primarily because of trade and immigration, and where he is disappointed with Trump
Economic automation, Robots as a solution to mass immigration, and the need for a basic income