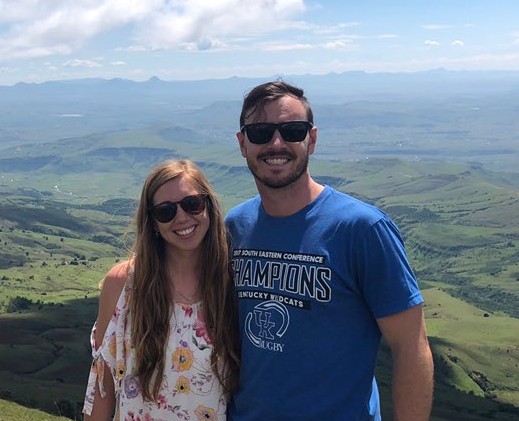 Robert Stark talks to Scott Tungay about the current situation in South Africa, the ongoing riots in America, and his views on social capital, land use, and wealth. Scott is originally from KwaZulu-Natal, South Africa and immigrated to Kentucky to be with his American wife. He blogs at Department of Winning, has a Youtube channel with his wife Kelli, and is also on Twitter.

Scott’s background, like many English South Africans, growing up believing in the Rainbow nation narrative and classical liberal values
How immigrating to America lit a nationalist spark
Scott’s passion for homesteading and Permaculture
Scott’s admiration for conservationist Wendell Berry and the Southern Agrarians
How Scott is currently stuck in South Africa which has one of the most draconian Lockdowns in the world
How the lockdown could be used as a power grab by the ANC, with businesses foreclosing, and a planned expropriation of White property
Why South Africa will fall, like Yugoslavia | With Scott Tungay by Willem Petzer
Different scenarios for South Africa, including a partition into smaller nations, Chinese intervention, and why a Rwandan scenario is unlikely
How most White South Africans are looking to emigrate
The ongoing riots in America, and why Scott thinks America is 20-30 years away from where South Africa is now
The media narrative about race relations, divide and conquer strategy, and long term un-sustainability due to economic breakdown
The failure of conservatism, and opportunity for a Third Position that is localist, anti-usury, and anti-globalist
The missed mashup that could have happened between Bernie and Trump
The Back–to-the-land movement and New Urbanism as alternatives to the commercial squalor that destroyed small town Americana
How the lockdown proves the value of family and community over the corporate rat race
Economic Class Dynamics: The significance, slave, and survival economy
The importance of aesthetics: how beauty elicits care
The limits of meritocracy: how future economic survival will depend upon one’s In-group