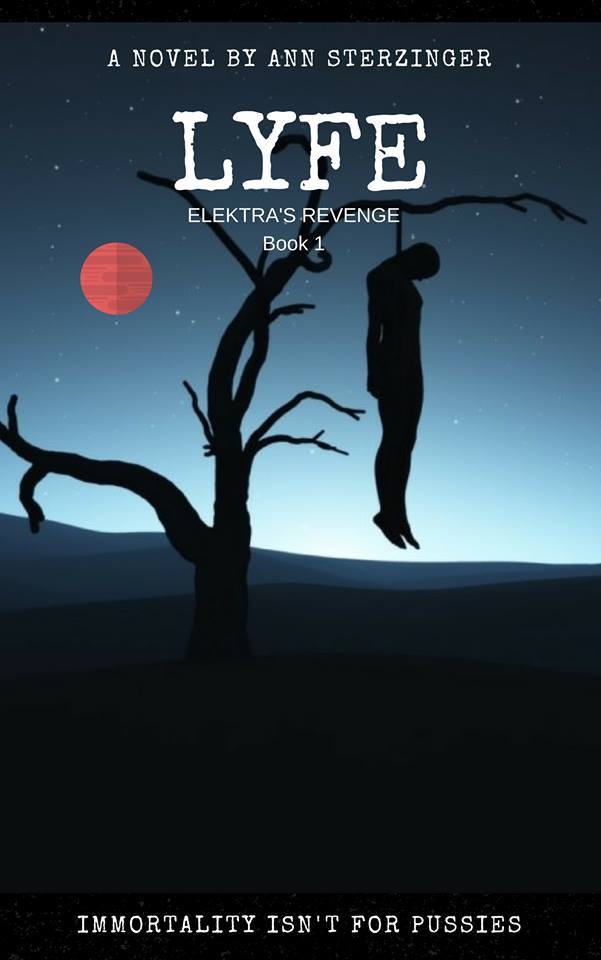 Robert Stark and co-host Paul Bingham talk to author Ann Sterzinger about her new new novel LYFE (Elektra’s Revenge), A SCI-FI ROMANCE GONE TERRIBLY WRONG… Meet Elektra, the angry young woman of the future. It’s the fifth millennium, and Earth One is a faint memory. After nuking itself stupid, the human race limped off to the only orb our spacecraft could reach: a tiny inhabitable moon that’s so small and overpopulated that society cajoles the normies into being gay. The crowding is worsened by the mysterious ability of the upper classes to become immortal by ingesting the local psychoactive substances… the same drugs that kill the lower classes. No one seems to know why or how this works, but Elektra knows it’s not fair. As the series begins, we find Elektra trying to get revenge on a fickle old lover by sleeping with her husband. But instead of ruining their marriage, Elektra ends up falling for the husband instead. Elektra is so busy plotting revenge on the theater producers who pass her over for roles in favor of Immortals, she hasn’t noticed that her torrid affair is bringing her ever closer to solving the dark mystery of why some people live forever while others die as junkies… Welcome to LYFE, the first book of the Elektra’s Revenge series. 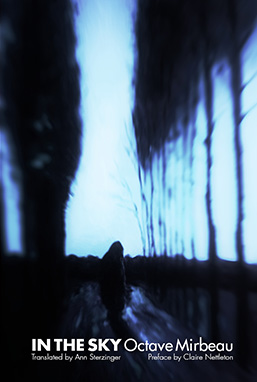 In the Sky(Dans le ciel) was written by Octave Mirbeau in France in the 1890’s. Ann Sterzinger translated the first English edition published by Hopeless Books. It’s available on Amazon.

How Ann discovered the book from Pierre Michel, a French literary scholar specializing in the writer Octave Mirbeau
How Mirbeau is best known for his book Diary of a chambermaid but In the Sky was little known outside of France
How Mirbeau was an anarchist and a Dreyfusard
How Mirbeau was a major influence on Louis-Ferdinand Céline who shared his misanthropic outlook
How Céline was marginalized for his support of the Vichy Regime however he influenced many writers such as Jack Kerouac, John Dolan, Charles Bukowski, and Michel Houellebecq
How the book reflects Mirbeau’s outlook towards life and society
The main character X who is a depressed, misanthropic, artist based on Vincent Van Gogh who Mirbeau knew
The Narrator who discovers X’s manifesto after his death
How X struggles to create his artistic vision
X’s mentor who looses his mind
The post Catholic concept of expressing spirituality through art
How X struggles with sexual and romantic frustration and when he finally meets a girl he dumps her because she did not live up to his romantic ideals
How the of meaning of the title In the Sky and both where X lives on top of a mountain where you can only see sky and  metaphor for being detached from society
Mirbeau’s view on the family and how neurosis is pasted down from parents to children
How the book combines tragedy and comedy
Matt Forney’s review Elliot Rodger Goes to Paris
The genre “Loser Lit”
Ann’s article Dead David Bowie, French Nationalists, Antinatalism, and the Meaning of Life
David Bowie’s art & legacy
Her article The Magical Bottomless Labor Pool which connects political themes to her book NVSQVAM
Why I’m Scared of Widows & Orphans
Applied Dysgenics
In Defense of Beta Females
Ann’s upcoming Science Fiction Dystopia novel Lyfe, which needs a publisher that specializes in Science Fiction 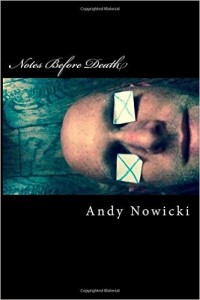 The Philosophical questions regarding life and death
The Suffering God and the Culture of Death
Confronting one’s own mortality
How the onset of adolescents and sexualization changes ones view towards life
Andy’s book Considering Suicide
The book’s essay “The Street Hardly Understands” about T.S. Elliot
Duran Duran’s New Moon on Monday and it’s esoteric lyrics
The shallowness of Christian Hollywood and why Christian art doesn’t always have to be wholesome
The Black Pill and how nihilism can be liberating 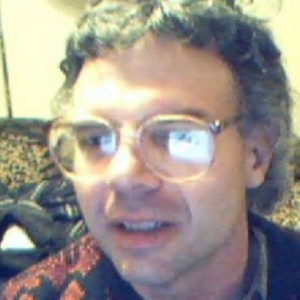 Generalizations, the Bete Noir of the PC Crowd, Rule Our Lives
How races have different personality types
Is a Black Bastard Different from a White Bastard?
Idi Amin as a Worst Case Scenario for the Basic Black Personality Type
As Bad As an Asian Man Gets
Hitler’s personality type
The differences between sociopaths and psychopaths
People who view everything as about money, sex, status and power
Why It Is Not Possible to Groom or Molest a Teenage Girl
All Men Are Pedophiles
One Corporate Party with “Liberal” and “Conservative” Wings
How Robert Lindsay can relate to people like Ann Sterzinger  and Rachel Haywire  who don’t fit into to the stereotypical left wing or right wing mold
You Will Never Eat Bacon Again
Some Thoughts on a Majority-Gay Society
What Would Society Look Like If a Majority of Adults Were Gay?
Why Having a Fact Based View of Your Life and Future May Be a Very Bad Idea
Egotism Is Natural and Normal in Humans
Is It Ok for a Man to Complain?
Different Types of Loners: Pure Loners and “Frustrated Extroverts” 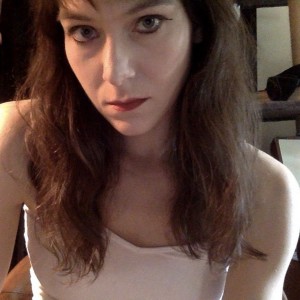 Trigger Warning, her new project with Rachel Haywire
The Pros and Cons of Child Abuse
Why she is a “radical moderate” and why it’s foolish to subscribe to any ideology in it’s entirety
Why people feel a need to be part of a political team that will support them and how it’s difficult to be politically homeless
How writing fiction enables you to not have to tow the party line
How peoples attention spans have become shorter
Why Libertarianism is good in theory but does not take into account human nature
Feel good myths that are put out into pop culture(ex. the popular crowd in high school becoming losers as adults)
How things are often just an outgrowth of culture rather than a conspiracy
The Savage God: A Study of Suicide
Her Translation into English of the French Novel Dans le ciel(In the Sky)
Ann’s recent excursion through a Muslim “no-go zone” in France
Misconceptions about French culture
How being a foreigner sometimes gives you a pass on one’s social ineptitude
Self Publishing Via Amazon
The skill set of promotion versus being a good writer
Her upcoming dystopia Science Fiction Novel “Lyfe” 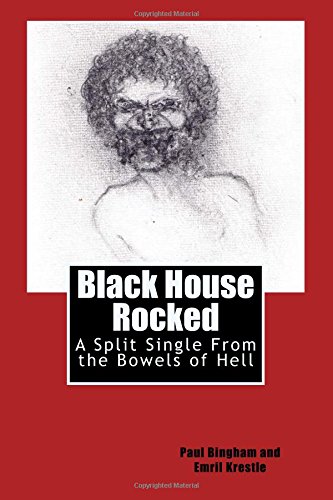 Black HouseRocked: A Split Single from the Bowels of Hell  is written by Paul Bingham and Emril Krestle, and published by Ann Sterzinger’s HOPELESS BOOKS.  Expect horror both supernatural and psychological, plus a vivid touch of Burroughs-type surrealism. A book by vampires, about vampires. Emril Krestle is also the author of Pan is Dad, a collection of Poetry.

“When society kills somebody, they won’t necessarily die for years.” 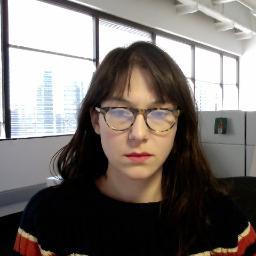 Ann Sterzinger is a writer, publisher of HOPELESS BOOKS , and Editor of Takimag .

Her Catholic upbringing and how she lost faith in religion
Her career in Journalism as a proofreader and freelance writer
The upper middle class women who dominate the journalism industry and why Ann finds them alienating
The modern left and how it has become dominated by upper class boutique issues as opposed to class issues
Why introvert writers develop dark alter egos in their work
Anti-Natalism and the tragedy of the human existence.
Her response to arguments against Anti-Natalism (ex. “Idiocracy” and ethno nationalism)
Her book NVSQVAM (Nowhere)
The theme of when the dreams of your youth are destroyed and you have to face reality
Her book The Talkative Corpse: A Love Letter
The concept of loserdom; Genuine losers vs. situational losers and those in between
How the changes in the economy have harmed high IQ introverts 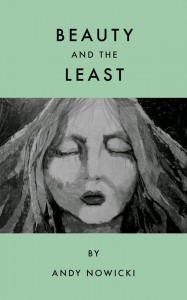 The following text is Robert Stark’s transcript of an interview with Andy Nowicki for The Stark Truth. Unfortunately, the audio quality of the original interview turned out to be unfit for podcasting.

END_OF_DOCUMENT_TOKEN_TO_BE_REPLACED 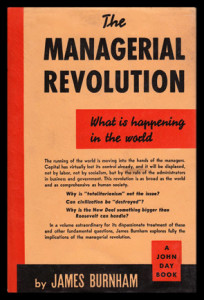