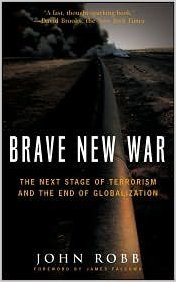 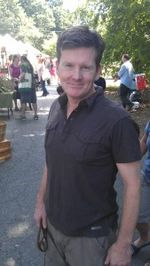 Robert Stark talks to John Robb of Global Guerrillas . John is an author, inventor, entrepreneur, technology analyst, engineer, and military pilot. He’s started numerous successful technology companies, including one in the financial sector that sold for $295 m and one that pioneered the software we currently see in use at Facebook and Twitter. John’s insight on technology and governance has appeared on the BBC, Fox News, National Public Radio, CNBC, The Economist, The New York Times, The Wall Street Journal, and BusinessWeek.

John served as a pilot in a tier one counter-terrorism unit that worked alongside Delta and Seal Team 6. He wrote the book Brave New War on the future of national security, and has advised the Joint Chiefs of Staff, NSA, DoD, CIA, and the House Armed Services Committee.

His new booklet The American Way: The Lost Secret to American Prosperity and How to Get it Back

The factors that lead to America’s unique prosperity

The problems of centralization of power and low social trust

How to become economically independent

How to return production to a local level